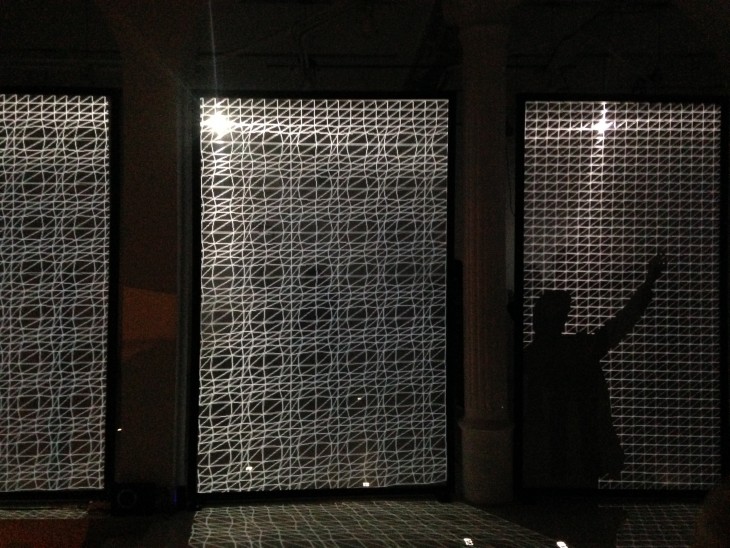 I just came back from the exhibition at Gallery G12Hub (in Belgrade) …. or should I say: I’ve just experienced beautiful audio-visual artwork.

The author was Rodrigo Guzmán Cázares also known as Abduct. He’s an artist from Mexico, who visited our lovely Belgrade a few times  before and gave nice workshops on VVVV  programming environment.

“The Grid” was projected on translucent panels that  divided  the gallery space on two halves. When I entered the space I was already charmed by the light reflections and shadow play that filled up  the space. There was also a sound presence that was periodically injected into environment and matched the  shadow play and movements of the web (grid). 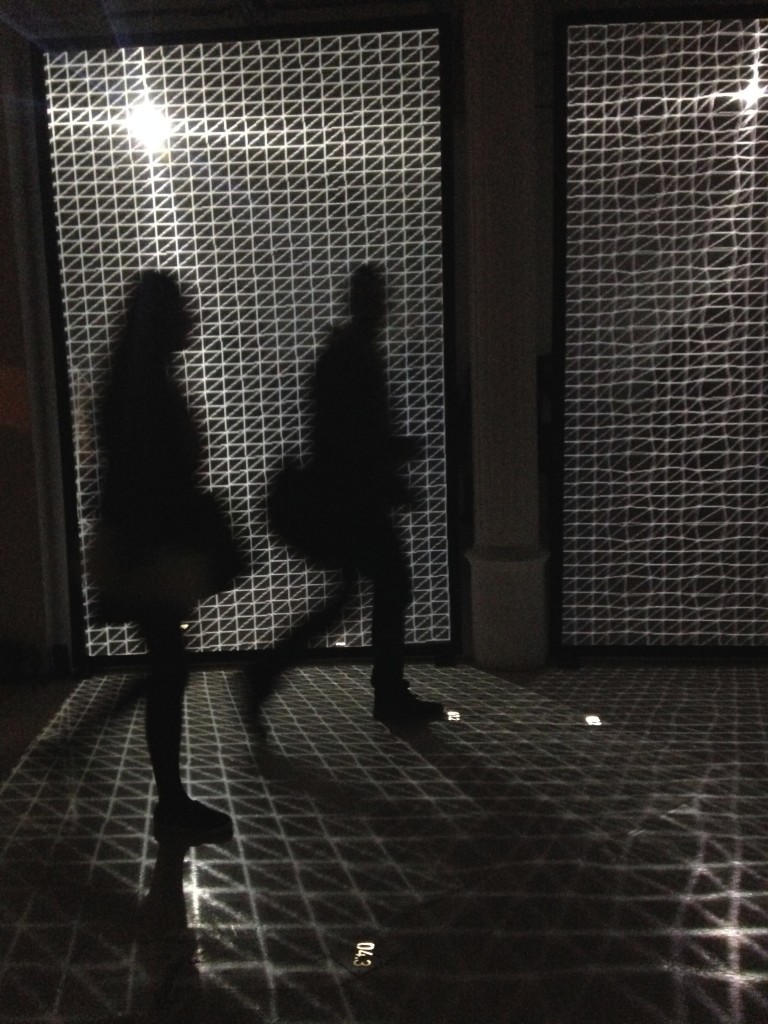 On the other side of the grid was possible to interact with the shiny web. But on the way to the “other side” was another room and another installation, music grid, that produced beautiful glitchy sounds while the audience moved and created compositions. Suddenly, you start to create… and it was enchanting.

Here’s a little preview (sorry for the quality I was too excited to think about the recording):

Finally “the other side” called for action – to play with the graphic grid. It trembles, breaks and regenerates in front of you, it produces engaging sound, and it calls out a lovely emotion. I was truly touched by the Art.

And that is  what  Audio -Visual environments are very capable of… to touch our souls, make you feel playful, creative and fearless.

The interaction was admirable and user experience was very natural, intuitive and  worked very well. 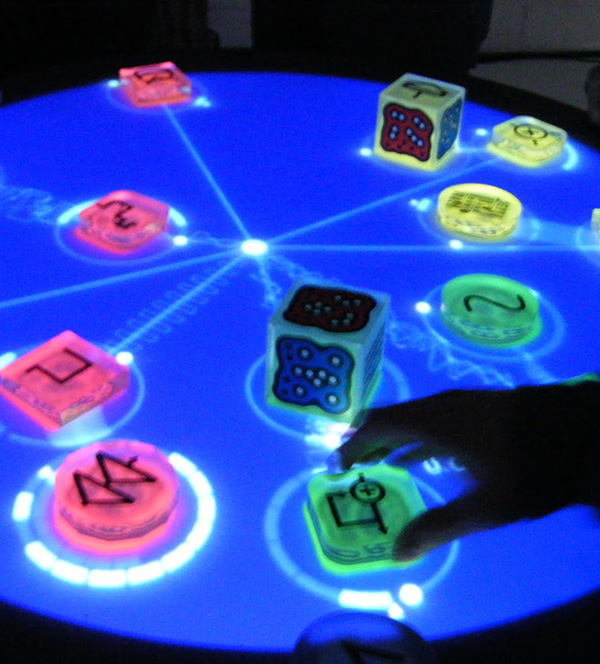 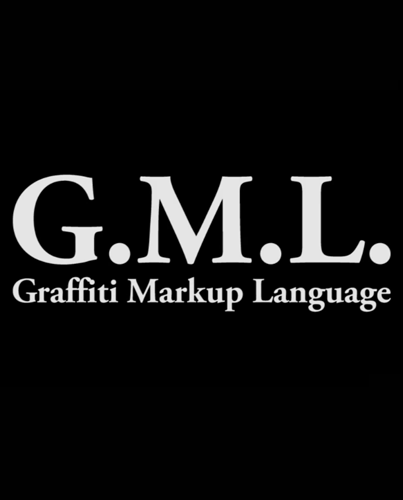 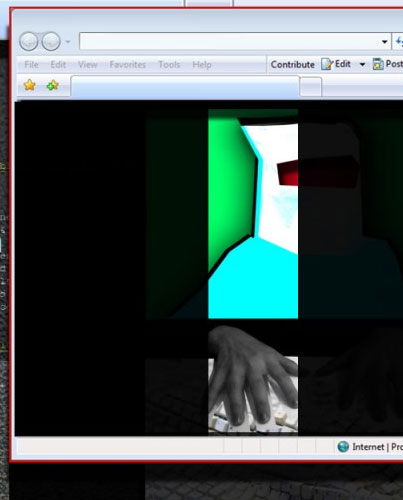 in English, teorija i kritika